There is a giant   Yellow t-shirted +rotund  on the

fire escape across the way   Every day  he gazes over

the parapet into the abyss   Long  hard  +deep   I see him

in the mornings when I have only just arisen from REM

boy I therapied for 5 yrs.   Every single session began with lights

out   He would then shout: WELCOME TO MY NIGHTMARE!

Bedlam +debauchery would ensue   He +his bro had been sexually

Several years later someone from stage left screamed: Which abyss can

you possibly be gazing into  Mrs. Therapist?

be one  (You can take your 2nd half of life  and..)  At the same time  your religion

has become:  your family   beauty   not a little rock+roll   +boat loads of Don Julio

Yet it is also true that you remain certain of the fact:  that those are not clouds 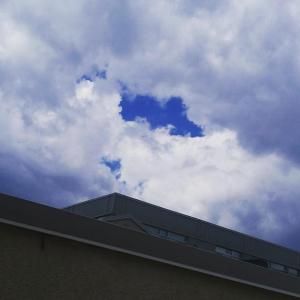