THERE IS NO PAIN

Once I saw a red haired boy   laughing manically

on his lawn   I knew he was one of the  touched

space&time continuum    Not quite human   but

Last night on CNN a man crying on his lawn

them angels   The blood of their young teacher

What land will they inhabit now   except the  inbetween –

Hello. Is anybody in there? Just nod if you can hear me?

I can ease your pain. I  HAVE  BECOME     COMFORTABLY NUMB

There are 18  some odd  days left in the year

Everyone made a big deal  out of yesterday

married   thinking all the 2’s   mystically

represented a good day for  coupling

They all looked pretty  manic  to me   One

she wanted to be   anywhere   but there

Maybe he’ll calm down sometime  soon   or perhaps Pfizer will

invent a pill for      overzealous grooms

*32% of  newlyweds resort to pharmaceuticals within the 1st

the rain   a bull    a mother who hanged herself

What are we getting at   laying it   so bare?

Bleeding the mystery  so it oozes onto the page

I promise to levitate you out of your chair   with

Did you know that right here in Toronto    there are

hundreds of children who fall    within your purview?

Why not do something for them  esteemed ladies and

gentlemen?   One girl I know was bound with the same

Likely the adults will need rescuing   too      Can I get a witness?

&  a squirrel   until a louse was found

fell off the balcony   Daddy  said he was

at the zoo   I believed him fervently as a

child is apt  to do

Especially when parents still wear           the cloak of mystery

& chase you around the table when you

..We starved our monkeys. It took them a whole year to die off..

In those days, children did as they were told..

THE HERE AND NOW

There is a cobweb hanging from the   Signy Eaton

fountain   usually a gush of water over cherub who

lives there    The scent of decay  everywhere   as ochre

piles freeze  in the park     A woman walking by sings: 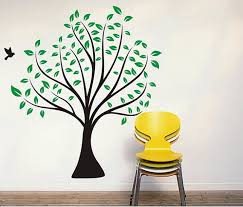 Giant peregrine  circles above my corner

but I   know better    Grew up with wild

Those were   simpler times?

I just found out that an  old friend’s

husband is confined   to a chair    I once

said  experimentally    that nothing can

prepare us for this stage of life     For this

I received  a blank stare

My compatriot was busy being a   good wife

Except for my friends to stop getting sick

he’s holding hers     over there

where poodle threw  up  daily     How many

cookies did you give him?   Soon to be doctor

coughed up an answer    Living room where

And a white ghost frequented the balcony

where 13 puppies lay    steam rising from

struggling with afterbirth    The ghost now         backing away

You punched me hard in my stomach

when i was eight    You were big & brawny

My father also brawny   knocked on your door

You lived a block away on his mother’s very street

Later you came pounding  on our  door    Your own

poor mother   as yet unbloodied    had you in tow –

I locked myself in the bathroom    Wish i had stayed there

Twenty years had come and gone

I walked crisply toward the elevator

Were they afraid of the inversion

when they changed the address?

Would 666 reek too much of his dark lord

the one who beckoned you to matricide?

The door opened &  there you stood in a natty

You were not brawny & you did not punch me

From my Juliette balcony I can see

the wall of the asylum –

Jerry can you hear me?

Are you still alive in there?

OUT OF THE MOUTHS

Blood filled her mouth   before breakfast

yesterday    I tell her that in Canada  no one

is allowed to  hurt her   leave bruises   make

is exceedingly logical    and  should stop all

further attempts to reassure her that she now

resides  among a   peaceloving   tribe

I take another  weak stab –

Well at least they don’t shout & hit you at school

You don’t know much about your country   now do you    Ms. Child Therapist ?

The issue before the Supreme Court of Canada was whether s.43 of the Criminal Code of Canada is unconstitutional. Section 43 provides that a parent, teacher or person acting in the place of a parent is justified in using force to correct a child that is under his or her care provided that the force used is reasonable in all of the circumstances.

The Supreme Court of Canada decided that section 43 of the Criminal Code is constitutional; it found that section 43 does not violate a child’s rights to security of the person and equality, and is not cruel and unusual punishment. More specifically, the Supreme Court held that section 43 ensures that the criminal law applies to any use of force that harms a child, but does not apply where the use of force is part of a genuine effort to educate the child, poses no reasonable risk of harm that is more than transitory and trifling, and is reasonable under the circumstances.