“reservoirs of ancient water that occasionally

come bubbling up out of boreholes in the rock”

See this water   cut off from the surface for 2.7

mine   Do you ever feel cut off from the surface?

father I’d write a book called: Cancer Colony   He did

not green light the project:   It’s about a world where

everyone has cancer Dad  even the animals!

When later I arrived at university  +found Solzhenitsyn’s

Now some 43 yrs. later  my book  yet unwritten  memories

Bubbling to the surface on dark fall afternoons  decay in

Maybe he was trying to protect me from diving into the

cancer machine  +could not foresee a life for me  as champion

of brutalized children +writer of festering poems   He wanted

a brighter path for: the greatest little filly of them all   His auto-

Congestive heart failure   5 yrs. after a vein from his leg was

implanted in his heart   Incision from solar plexus to ankle 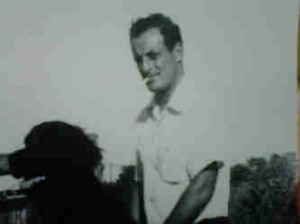 One thought on “BOREHOLES”