at Queen’s Park  park   he’s in an enclosure

a giant black granite poet   girthy Al + all the

leaves   Euthrie unconsolable  + in a hell hath no

like a woman left for her best friend   who Al Purdy

married   impregnated  +dumped   for Euthrie!  who

also had his son

he’s being kept in a cage  post assisted  riddled

with cancer death   so that his ghost cannot break

another heart   except mine   with his words so

Oh beautiful as an angel’s ass   No, I do not love you

he of the thick lumberjack fingers  +deep baritone

wide lapped  +bad to the bone

she stands above him as a stone goddess

she is half his age and far older

and how can a man tell his wife this?

In rare cases among the legions of married men

such moments of shining never happened

and whether to praise such men for their steadfast virtue

or condemn them as fools for living without magic

answer can hardly be given 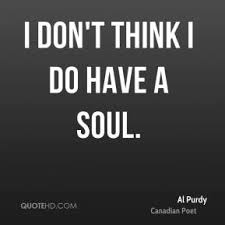 i am a sucker for