THIS IS NO TIME TO NOT KNOW WHO U ARE

ringing my old mother’s doorbell  4 a.m. each morning this week

blaming Jews  for election tampering    What else is new?

A nascent Spring hanging in the balance   What no one remembers:

an apocalyptic event to rent us from the garden  permanently    The

environment?  Nuclear holocaust?  We never suspected it would be a

buffoon with an orange tan   + a psychiatric diagnosis    His hour come

And now we’re on a collision course with pure  unadulterated  evil:  A

(sounds sexual  no?)  A marriage made in thugheaven   The beady-eyed

Mere anarchy is loosed upon the world,

The blood-dimmed tide is loosed, and everywhere

The ceremony of innocence is drowned;

The best lack all conviction, while the worst

Are full of passionate intensity.

And what rough beast, its hour come round at last,

Slouches towards Bethlehem to be born? 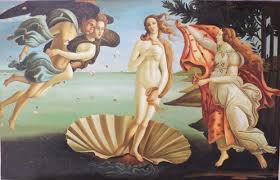